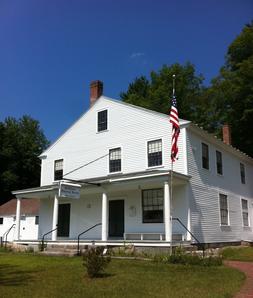 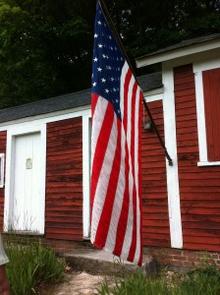 The Goffstown Historical Society was organized November 16, 1969, and incorporated on November 19, 1970.

The Parker Building, housing the Museum of the Goffstown Historical Society, was used by William Parker in 1804 as a general store and carried on the business until his death in 1839. He was succeeded by his sons, John M. and David A. Parker who continued the mercantile business as the J.M. and D.A. Parker Depot Store until 1872. Goffstown West Village was developing as an economic, political and social center, so the brothers moved the general store easterly to the village area. Parker Brothers’ Store continued in business on Main Street In Goffstown, under the brothers and their descendents until the 1960’s. The Depot Store building, at Parker’s Station, was used for storage and provide housing for the Parker farm workers and to provide accommodations for occasional drovers and loggers traveling on business.

After Mrs. John E. Parker organized the Neighborly Club, a literary and social group of ladies in the Parker Station area, the building served as their club house. The ladies supported and maintained the building by serving public suppers, hosting the annual lawn party and summer concert, an event which was eagerly awaited by the entire Goffstown community. In addition, the building was rented out to community members for large scale social functions as a further means of gaining funds. By the mid 1960’s, the maintenance of the entire building created too great a strain on the dwindling membership and financial means of the Neighborly Club and the club house reverted to the John E. Parker family. John E. Parker, working through his daughter, Ruth Parker Henk, contacted the Goffstown Historical Society to see if the Society would be interested in the building as a Society headquarters and museum.